This example uses HT12E/D encoder-decoder pair for converting the parallel data to serial and back. 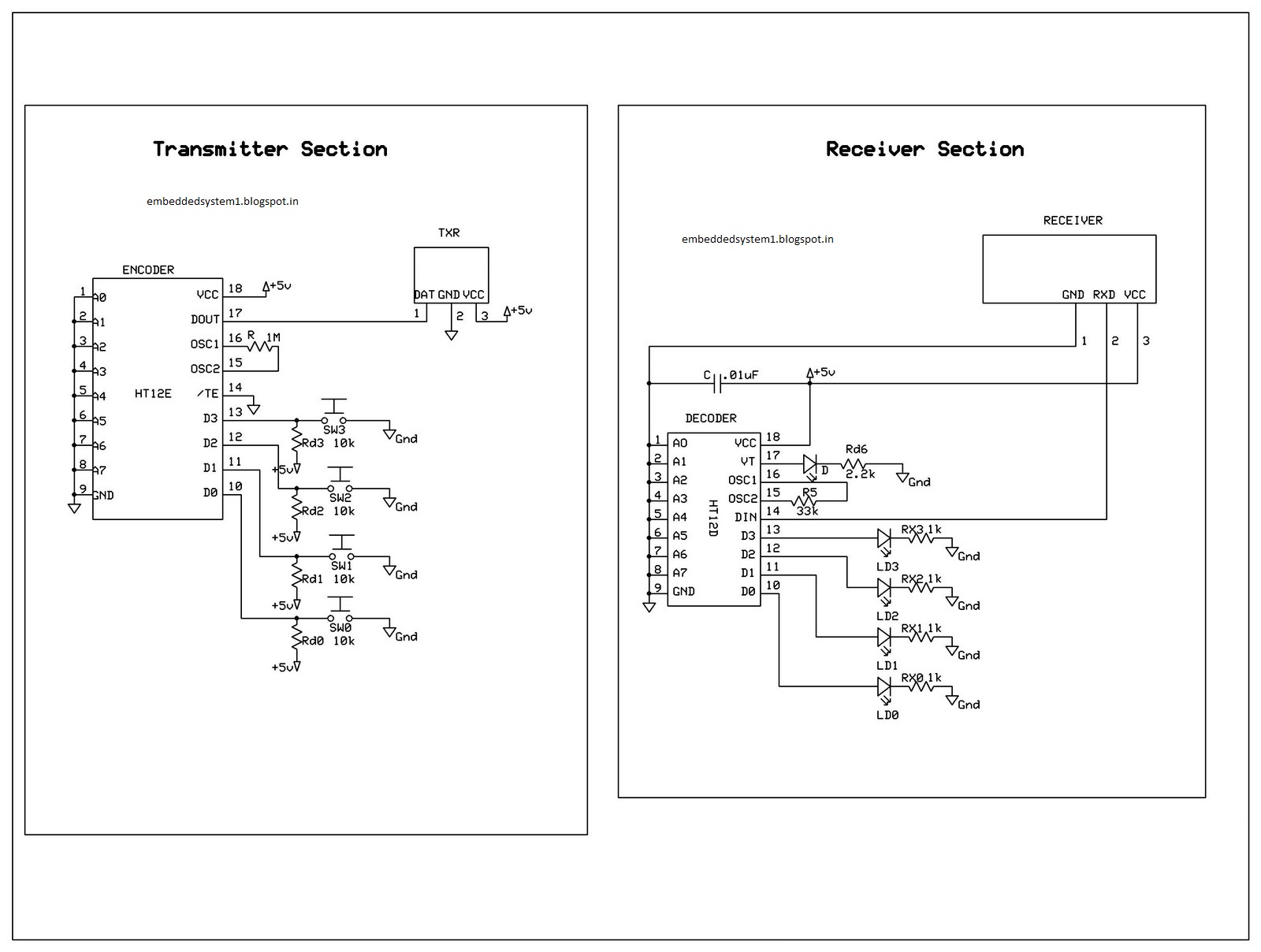 This encoder-decoder pair supports 4 bit parallel data.The circuit has two parts transmitter and receiver. In the transmitter part we are using HT12E for encoding data from parallel to serial. The serial output from the from the encoder is fed to the data IN of the RF transmitter. Four switches namely SW0,SW1,SW2,SW3 are used to input data to the decoder. These switches are pushbutton switches with active low states.(i.e.when you press it, the data input will be '0' and in the released state data input will be '1'. The default state is '1').

At the receiver section we are having RF receiver and HT12D decoder IC. The serial data from the receiver is fed into to serial input of the decoder. The parallel data is displayed with the help of LED's .

Another LED at the pin VT of the decoder shows whether your link is established or not. If it is ON then everything is OK. Instead if it is permanently OFF, then there is a link failure. You may refer the data sheet of the IC to know the  exact function of pin VT. After each successful transmission of a 4-bit data, VT pin goes to a low state for a while and will come back to high state. Thus during the transmission you may see the LED at pin VT blinking.

If your circuit is not working, just remove the RF transmitter and receiver and make a wired connection from the serial data OUT of the HT12E encoder to the serial data IN of the HT12D decoder. Now check whether you could receive the data send from the encoder to decoder. If it is not working, you can conclude that problem is with the encoder/decoder pair. Either there will be some bugs in the circuit or your IC's might be damaged ones.
at 15:51